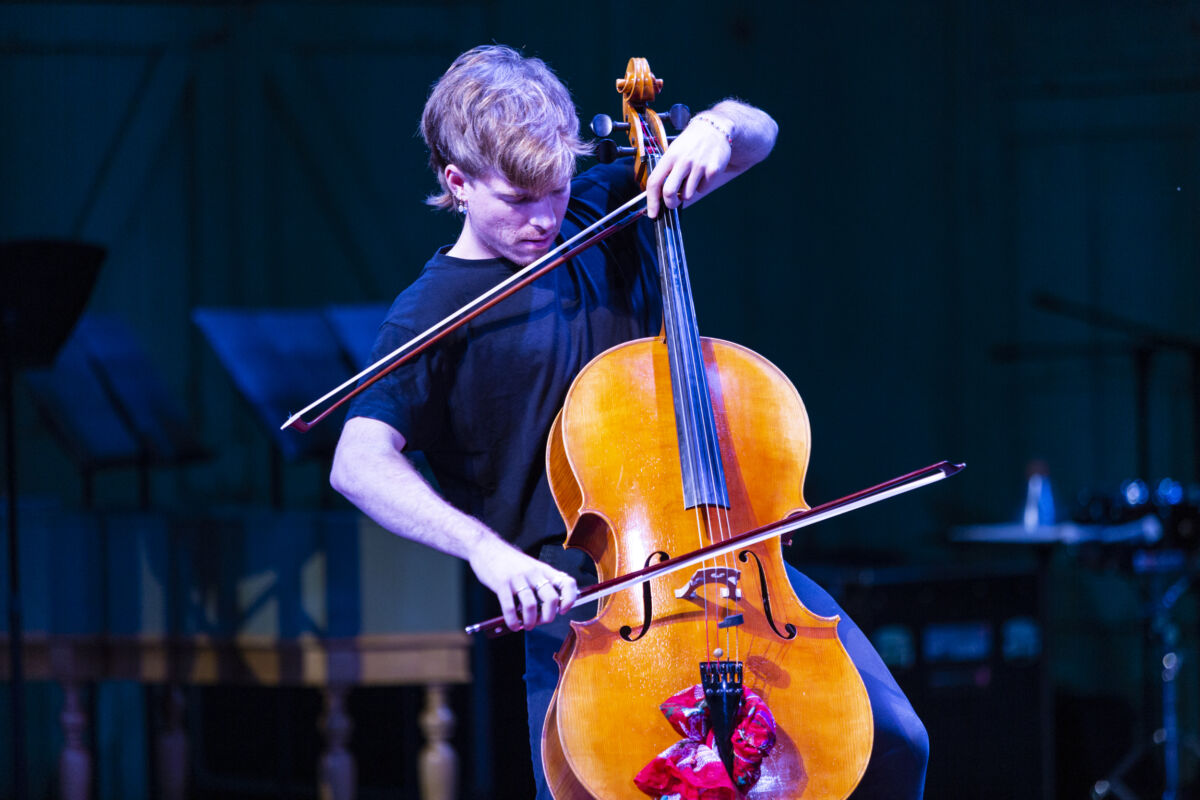 It is worth saying at the outset that what the Australian National Academy of Music has achieved with its vast ANAM set is extraordinary; for its breadth, depth and for the fact that its conception emerged from an undeniably devastating period for musicians and composers around the world, this project is sure to go down in Australian music history. The works resulting from this year-and-a-half-long project are, as ANAM Artistic Director Paavali Jumppanen sums it up, “an immense survey” of living Australian creativity and innovation, the scale of which will hopefully be- the, aspirated, if not fully reproduced, several times in the future.

The backbone of the idea – commissioning sixty-seven composers to each write a piece for one of the ANAM 2021 musicians – seems simple enough; but the scale of the work, from finding composers to associating them with musicians, from the gargantuan task of administering the program, to the eventual categorization of works into enjoyable concerts, is staggering. Attending the opening night of the three-day festival was like joining marathon runners as they cross the finish line; we, the thrilled and raucous audience, played no part in getting there, but we were certainly thrilled to be there with the musicians and songwriters who did.

“There are about 50 composers in the room tonight,” creative coordinator Leigh Harrold noted in his introductory remark. “You may be sitting next to one!” Delighted laughter echoed in the audience – as is rare to be found among so much lively creativity. Together, the works performed throughout the festival could be described as an anthology of new pieces, and Harrold had endeavored to extract them – however stylistically different – ​​for themes that could serve as guidelines. He ultimately chose six themes that would be celebrated throughout the festival, with the opening night featuring tasters of each: the intimacy between a performer and their instrument, nostalgia or works with a distinct lineage, the sounds of an agenda, loss and hope, the natural world, and perhaps problematically, “intellectual powers”. The categorization, which deserves to be explored in more detail, however, could not contain the music – starting with the triumphal of William Barton Song of the trip.

A French horn and a didgeridoo? Sure. The chord: unexpected, perhaps, but at first listen extremely sonorous and well adapted. The two instruments (performed brilliantly by Josiah Kop and Barton himself) created their own sonic world that somehow came together as if nothing could be more natural. Kop and Barton breathed together without needing to glance at each other, such was the musical understanding between the two. Kop’s crisp, clear notes shifted easily between soaring and rhythmic driving. The two instruments took charge at different times; Barton’s didgeridoo accompanies Kop’s deeply melodious solos, before becoming a real duet and bouncing off one another, almost as if improvised. Barton, as music lovers know, is a virtuoso – a magician, pulling rabbits out of a hat as he paints new worlds with his instrument. An added joy: Barton’s vocalization over driving rhythms in the French horn. The final unison ostinato patterns to conclude the piece ended triumphantly, drawing rapturous applause.

“If that’s any indication of what we have in store,” I noted as I listened, “then we really are going to have something very special.” The beat changed when flautist Lily Bryant took the stage for Matthew Laing Destructive interference. The title comes from a physical phenomenon that occurs when two audio waves overlap and cancel each other, leading to a lower amplitude; a phenomenon Laing was drawn to after the lost years due to COVID. “The experience of the pandemic has been so overwhelming that it necessitates undoing,” he noted, and his play which was, perhaps, an elegy to lost opportunities allowed a ray of hope through darkness. The piece started out as a whisper, a gasp, as if it had experienced a false start before it could continue. As Bryant, who masterfully navigated the intricate, balletic work, got going, the room grew wings, leading to a bigger question – what happens next? Laing has a keen sense of movement; his work is specific to choreography, to bodies moving in space, and this work, which was as much about the silence he wrote as it was about the notes, was no exception.

The concept of movement and a musician’s deep relationship with their instrument continued in the program’s culmination, Liza Lim’s Playing the cello – like meteorology, played by James Morley. If weather is the way we were to look at this piece, then the cello was the weather; Morley our meteorologist, guiding us by turns gently, then hard, then contemplatively through the changing events. He appeared on stage with no music, no chair, just his instrument and two bows. Lim had Morley standing with the cello leaning against him, singing and strumming across the bridge with both bows – creating something both tough and beautiful. There again, a deep sense of choreography, of improvisation; a reminder of each musician’s long period of development with their composer. When Morley concluded, arms in the air holding those two bows aloft, there was a moment of silence before applause. It’s a piece that I hope Morley will continue to play and grow with as he himself continues to develop what promises to be a very fine career.

Two more explorations of solo instruments followed: Kate Tempany’s Honeyeater for trumpeter Nicholas Corkeron and Fantasia No 7 by Elizabeth Younan for bassist Kenneth Harris. Tempany’s work celebrated the honeyeater’s song and the fate the bird faces as the species declines. Corkeron negotiated multiple mute changes and onstage moves with ease, his playing accomplished and full of character. Younan’s deeply virtuosic fantasy made the most of Harris’ skills, allowing him to improvise and show his dexterity, leaping between the composer’s small and changing musical cells.

Finally, Harrold stood up to talk about the last piece – the “intellectual heavyweight”. I felt a stiffness around me as he spoke of the last category of composers who used substantial inspirations for their works – mathematics, science, literature. Didn’t the other composers we heard this evening, and who would be heard at other times during the festival, have high aspirations for their pieces? Couldn’t they also be called intellectuals? by Chris Dench a little word crab-it’s-my-fault for trombone and percussion, brilliantly performed by trombonist Cian Malikides and percussionist Alexander Meagher, was a delightfully character-driven duo. The trombone has become the crab of his great adventure, the percussion offering mimicked occasions of peril, of security, of challenge. Dench’s piece was strange and dense, yet with a great sense of wit and humor; a delicious end to an exceptional night.

And yet, the categorization seemed tacky and worth noticing. New contemporary Western art music, as Jumppanen pointed out at the opening of the concert, often has a program, and often is himself a diary. Composers rely on years of trial and error, or reading, listening, watching, thinking to write their works. Some plays fail, others are smash hits. Many never get the praise they deserve. Classifying sixty-seven new works is no easy task, but defining certain composers in the “intellectual” category, with profound implications which, in this case, intellectual equals well, does a disservice to all composers – those included in this category. and those who are not.

It cannot be overstated the work that has fallen on Harrold’s shoulders to put together a festival of this magnitude, but to assert in front of a room full of creators – many of whom would be heard throughout the weekend – that their inspirations do not were not noble enough to be considered in this heady category was disappointing and off-putting. Fortunately, while the pieces will stick around long after we’re no longer around to hear or perform them, the categories they’ve been relegated to will be a thing of the past.