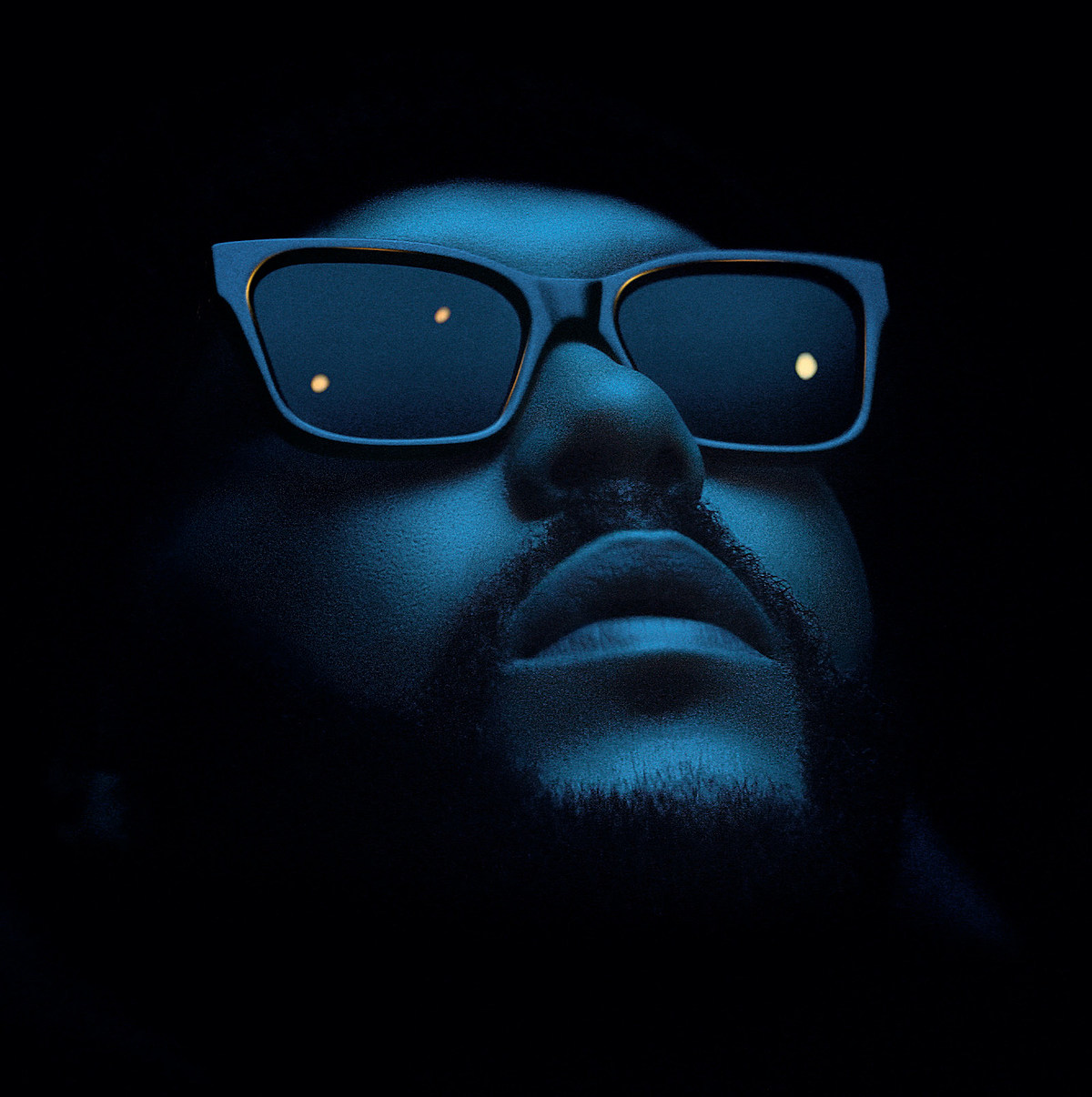 So many artists, so little time. Each week we review a handful of new albums (of all genres), collect even more new music we would call â€œindieâ€ and talk about what metal comes out. We post music news, song premieres and more all day long. We are updating a weekly playlist some of our favorite tracks right now. Here’s a daily recap with a bunch of interesting, recently released songs in one place.

A day after it was more or less revealed that the Swedish House Mafia was playing and possibly headlining Coachella 2022, the trio released a new song featuring the 2018 headliner’s lead vocals. by Coachella, The Weeknd. SHM is aimed at the moody ’80s synthpop that has become The Weeknd’s calling card in recent years, and it basically sounds like a new single from Weeknd.

Chicago rapper Mick Jenkins’ new album Elephant in the room comes out next week, and here’s another new single. This one finds it in a relaxed indie-soul direction.

THE ROLLING STONES – “COME TO THE BAL”

The 40th anniversary edition of the Rolling Stones’ Tattoo yourself released today and includes a whole bunch of unreleased tracks, like this stormer they did with producer Jimmy Miller.

LA Dummy, which includes three former members of the shoegaze band Wildhoney, makes LA motorik baroque psych that will likely appeal to fans of Stereolab and Broadcast. In addition to their good faith: their first album was released via the big independent Chicago label Trouble in Mind.

Drake appears on a new song from Majid Jordan, who signed to his OVO Sound label. It’s on their new album Wildest dreams, and it’s cut from a synthpop fabric similar to that of the classic Drake / Majid Jordan collaboration “Hold On, We’re Going Home”.

Frequent collaborators Big Sean and Hit-Boy have released a new single together, and he finds Sean’s contagious pop-rap in great shape.

DJ Snake is back with a new guest-filled multicultural single that stars Puerto Rican Latin reggaeton / trap star Ozuna, Houston rapper Megan Thee Stallion and Lisa from K-pop giants BLACKPINK. A lot of it is in the reggaeton realm, but everyone brings their unique flair to it.

TO OTHERS – “EXIT IN THE CEMETERY” & “DALMATIEN”

Having recently released their new album Strength, gothic hard rockers Unto Others have released a new two song single titled I believe in halloween just in time for the holidays.

DEATH ANGEL – “WHERE THEY WERE” (LIVE)

Thrash tests Death Angel’s new live album Bastard tracks features songs that have rarely been performed live. It was recorded on May 22 during a livestream and released on November 26 via Nuclear Blast. â€œ’Where They Lay’ is a great example of a Death Angel Bastard track,â€ said singer Mark Osegueda. â€œWe rarely played this song live and I guess the last time we did it was in 2010! I love the output I get singing this song. Particularly because the tracks I do are so cathartic !!! ” That sounds good.

Taking Meds succeeds “Lifesaver” (one of the best punk songs of September) with the second single by Terrible news of wonderful men, and it’s another indie / punk crossover jam that induces nostalgia for the 90s and rocks today too.

The Vocaloid ska-punk project Skatsune Miku follows the recent single “Lonely Rolling Star” with “True Story”, a cover of a song by Persona 4: animation. Notice to fans of video game music and ska-punk.

“Hold My Hand”, the new single from San Francisco songwriter Maggie Grabmeier, formerly of The Total Bettys, is a crisp and catchy indie rock track.

Jamaican reggae / dancehall singer Jada Kingdom has been on the rise for quite some time now, and she recently signed with Republic who will be releasing their new EP in 2022. Most details on this EP are yet to be determined, but she’s just released. release an excellent new single, “Jungle”. It’s a hypnotic mid-tempo reggae song and it’s airy and upbeat but with obscurity, both musically and lyrically.

Another great new reggae (or at least reggae-ish) song: Zac Jone $ teams up with Jesse Royal and producer Iotosh for a hip hop / reggae / dub ode to weed.

The Compton Problem rapper retains the sound of classic West Coast rap, so it’s no surprise that Snoop Dogg – an architect of that sound – sounds great about it.

Florida rapper Bobby Fishscale, signed by Roc Nation, calls on Ink and Mozzy for this powerful and dismal new song. â€œTo me, having eyes means not letting others dictate your future,â€ Bobby said. “See it with your own eyes.”

Gov’t Mule shared another song Heavy load blues, and this one is a blues rock revamp of Tom Waits’ 2004 song “Make It Rain”.

Confines (aka David Castillo of Primitive Weapons, Saint Vitus Bar, and more) is releasing a new EP, Work the blood, on December 3 via Synthicide, and the lead single “Oro y Muerte”, is a dark and beating dose of industrial / EBM.

Danish death row inmates Sulphurous shared another track from their upcoming LP The black mouth of the sepulcher, and it starts out in riffy, melodic territory before turning into something a lot more brutal.

Halfnoise (aka Zac Farro from Paramore) shared another song from their upcoming album Pattern, and this one is very different from the indie-funk-pop of “Two of Us”. This one finds it in jangly and psychedelic pop mode with a certain influence of George Harrison.

As Kublai Khan prepares for a tour with The Acacia Strain, Dying Wish and Orthodox, as well as an appearance on Every Time I Die’s “Tid the Season” holiday shows, they released this overwhelming new dose of metallic hardcore.

Burial Waves – the new group led by Pianos frontman Become the Teeth with members of We Were Black Clouds, Deleted Scenes, Caverns, and more – to release debut EP Holy Land November 12 via Dark Operative. He presents the recent single “Light Heads”, as well as the newly released “Cinema Shame”. This one is totally in post-rock territory, and Kyle’s hushed vocal performance suits him perfectly.

Alice in Chains guitarist and singer Jerry Cantrell will release a new solo album, Enlighten, next week and here’s one last taste.

Brooklyn singer-songwriter Ian Isiah is back with this new single via Chromeo’s label Juliet Records. Just Ian and a guitar, the singer describes it as “SELF-RECOGNITION”.

The quirky R&B artist from Dijon will release his debut album, Absolutely, on November 5th. Here is a tender story of a rodeo clown, with an accompaniment of oboes, which are words that are not often found in a sentence together.

VIRGIL SHAW (DIESELHED) – IN THE TIME I WAS WORRIED

Virgil Shaw from San Francisco, who was on Dieselhed, just released this 70s-style country-folk album on Sonny Smith’s Rocks In Your Head label.

EXBATS – “GHOST ON THE DISC”

Exbats AKA Kenny McClain and his daughter, singer and drummer Inez McClain have just released a new album Now where were we, and here is the video of the flagship album “Ghost in the Record Store”.

CARRIE BIELL (THE PALACE OF THE MOON) – “COME BY”

Seattle’s Carrie Biell of Moon Palace to be released We are okay, his first solo album in 14 years, on February 11. The new single “Come By” is a dreamy folk number that features Sera Cahoone (Band of Horses, Carissa’s Weird) and should appeal to Sharon Van Etten fans.

US Girls is back with a new single “Some Kinda High”, based on a sample by Canadian pianist and songwriter Glenn Gould

Swedish pop icons ABBA are back and will be released Trip, their first album in 40 years, on November 5. They just shared the third single from the album, “Just a Notion”, which was written and recorded in 1978, but now includes all new backing tracks with the original vocals.

Kill Lincoln released a very funny ska cover of the Bouncing Souls classic â€œThat Songâ€, and you can read more about it here.

Orange County ska band Half Past Two’s eponymous new album is out next week, and here’s a new song tinged with hard rock. Read more here.