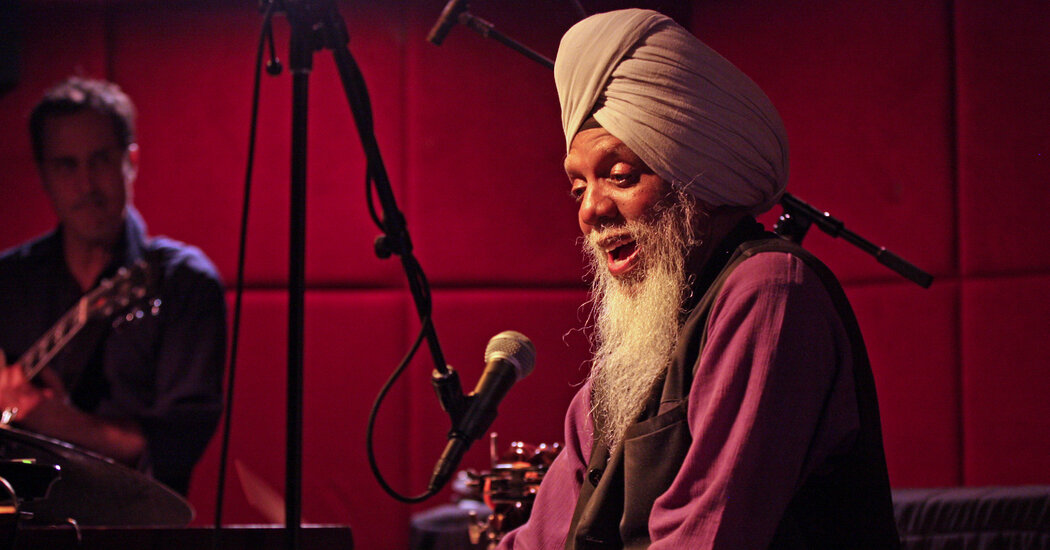 Lonnie Smith, a Hammond B3 organ master and a leading exponent of the contagious rhythm genre known as soul jazz, died at his home in Fort Lauderdale, Florida on Tuesday. He was 79 years old.

Her manager and partner, Holly Case, said the cause was pulmonary fibrosis.

Mr Smith, who began to present himself as Dr Lonnie Smith in the mid-1970s, could grab public attention by his looks alone – he had a long white beard and always wore a colorful turban. (Turbans apparently had no specific religious significance, and he had no higher education whatsoever and never explained why he adopted the honorary title â€œDr.â€) His playing was equally striking.

He began his career at a time when organists like Jimmy Smith and Jack McDuff mixed the sophistication of jazz with the earthy appeal of rhythm and blues. Mr. Smith was very much in this tradition, but his playing could also display an ethereal quality all his own. His music then reached new generations of fans when it was widely sampled by hip-hop artists.

Reviewing a 2015 performance at Jazz Standard in New York City, New York Times’ Ben Ratliff praised Mr. Smith’s sense of momentum. “When he’s calm he’s very calm,” Mr Ratliff wrote. â€œDuring a gospel song with singer Alicia Olatuja, he started a solo passage at an almost inaudible level and stayed there for a long time, unfolding jagged and alert phrases that had to be tried hard to listen to: something but powerful.

Lonnie Smith was born July 3, 1942 in Lackawanna, NY, a suburb of Buffalo, and was raised by his mother, Beulah Mae Early, and stepfather, Charles Smith. As a teenager, he sang in vocal groups and played the trumpet and other instruments before the generosity of a store owner spurred his long love affair with the organ.

As he recalled in interviews, he spent a lot of time in a Buffalo music store, most of the time just watching. One day he told the owner, Art Kubera (whom he would later call “my angel”), that he was sure he could make a living in music if he had an instrument. Mr. Kubera took him to the back of the store, showed him a Hammond B3 organ, and told him he could have it for nothing if he managed to get it out of the store. He did it, he learned to play it on his own and his career began.

Mr. Smith quickly worked regularly at the Pine Grill in Buffalo. Mr. McDuff was an early influence, and when guitarist George Benson left Mr. McDuff’s combo to form his own band, he hired Mr. Smith.

The Benson Quartet had an unsuccessful start at a bar in the Bronx, where, wrote Mr. Benson in his autobiography, â€œBensonâ€ (2014), â€œLonnie and I performed behind a rotating group of go-go dancers. After moving to a jazz club in Harlem, the Benson quartet began to build a following.

Both Mr. Benson and Mr. Smith have signed with Columbia Records. Mr. Smith’s debut album as a leader, “Finger-Lickin ‘Good,” which featured Mr. Benson on guitar, was released in 1967, but his tenure with Columbia was brief. The following year he moved to Blue Note, which had previously used him on alto saxophonist Lou Donaldson’s hit album â€œAlligator Boogalooâ€.

Blue Note, who had helped start the organ jazz boom by signing Jimmy Smith a decade earlier, was a natural home for Mr. Smith. But after releasing four well-received albums on the label, starting with “Think!” (1968) and ending with “Drives” (1970), it moves on.

He recorded for various labels throughout the 1970s, but by the end of the decade his jazz brand was falling out of favor and he was growing weary of the music industry. He quit recording and kept a low profile, performing only occasionally and sometimes under an assumed name.

He ended his studio break in 1993 with â€œAfro Blueâ€, a tribute to John Coltrane with John Abercrombie on guitar and Marvin Smith on drums, released on the MusicMasters label. (The same trio would later release two Jimi Hendrix tribute albums, “Foxy Lady” in 1994 and “Purple Haze” in 1995.) Sweat & Tears’ hit “Spinning Wheel” was sampled by A Tribe Called Quest, the first of many hip-hop groups that would find inspiration in its catalog.

Mr. Smith resumed performing, both with his own bands and with Mr. Donaldson, and eventually returned to Blue Note; his first album for the label in over 40 years, “Evolution”, was released in 2016. His most recent album, “Breathe”, released this year, featured a surprising appearance by punk rock pioneer Iggy Pop on two tracks. , the vintage R&B ballad “Why Can’t We Live Together” and “Sunshine Superman” by Donovan.

In 2017, the National Endowment for the Arts named him Jazz Master, the country’s highest official honor for a jazz musician.

â€œA lot of musicians get into music because they want to be rich, famous, or all of the above,â€ Mr. Smith said in an interview in 2012. â€œYou are already rich once you sit down and you have learned to play. It is wealth in itself.