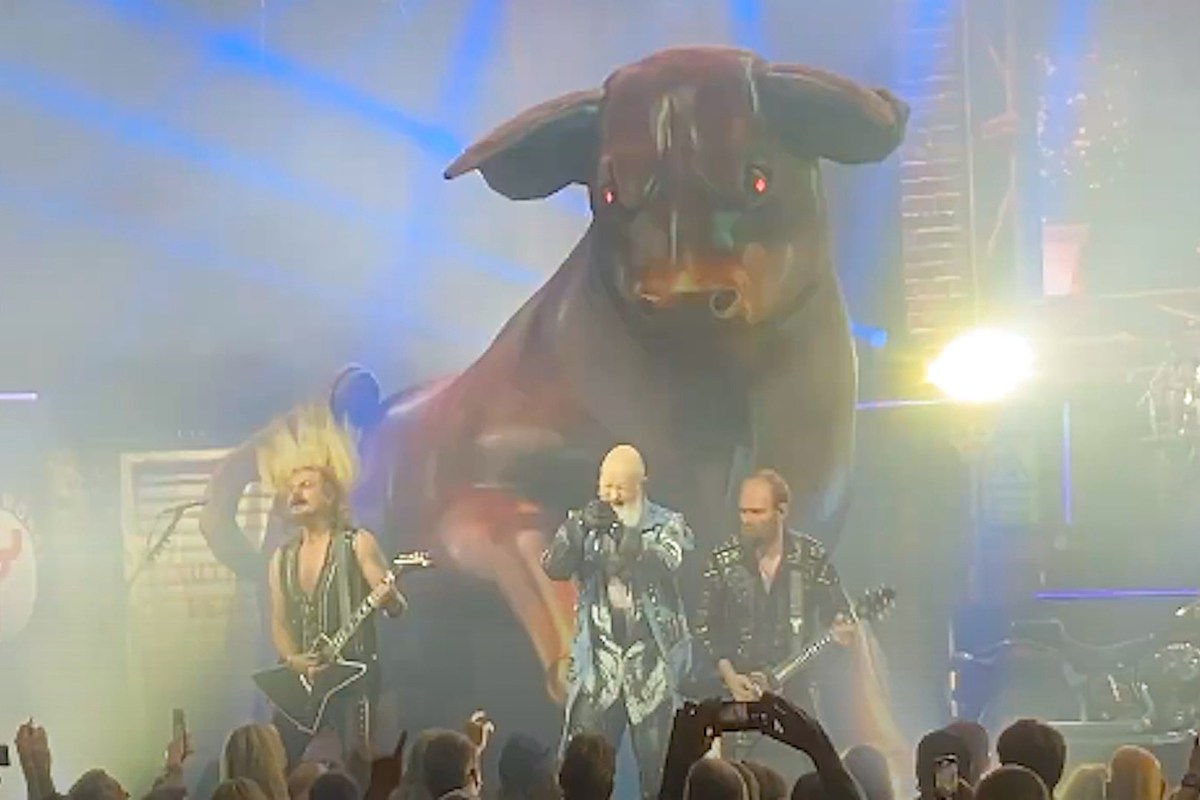 Judas Priest 50 years of heavy metal the tour is finally in action after being postponed due to the COVID-19 pandemic, and Rob Halford went into details of their current stage setup – including the giant inflatable bull they have on stage.

â€œJudas Priest has become famous not only for our music, but also for the show, the show that we have been putting on for decades,â€ the singer said. Minute of life. “We give you an indelible metal memory, so when you’ve seen or attended a Judas Priest concert, it stays in your heart and mind forever. So it’s an opportunity for us to really do these things but in a new dimension. We created this really cool set, it’s like a factory. “

The god of metal cited the area of â€‹â€‹the UK in which he and his band mates grew up, which was surrounded by steel and iron factories – “where metal is made”, as he put it. .

â€œAnd so that’s what we surround ourselves with. We have a spectacular lighting show that we’ve always focused on, great things are happening on video screens, what we wear,â€ he said. he continued.

Perhaps one of the most confusing aspects of their current live show is this giant inflatable bull, which Halford admitted takes up about half of the stage.

â€œWhere we come from in Birmingham, it’s famous for this arena, as it was called. And the bulls that were being sold there as part of the trade and so on, they’re kind of synonymous with that. we got this thing happening at the end of the show, and people [are like], ‘Oh my God! Is it real?'”

Additionally, Halford likened their setlist to a “time machine” as it has been exploring their discography since their debut in 1974. Rocka Rolla. Check out the full interview below.

To see the giant inflatable bull and experience this time machine for yourself, check out Priest’s tour dates here.