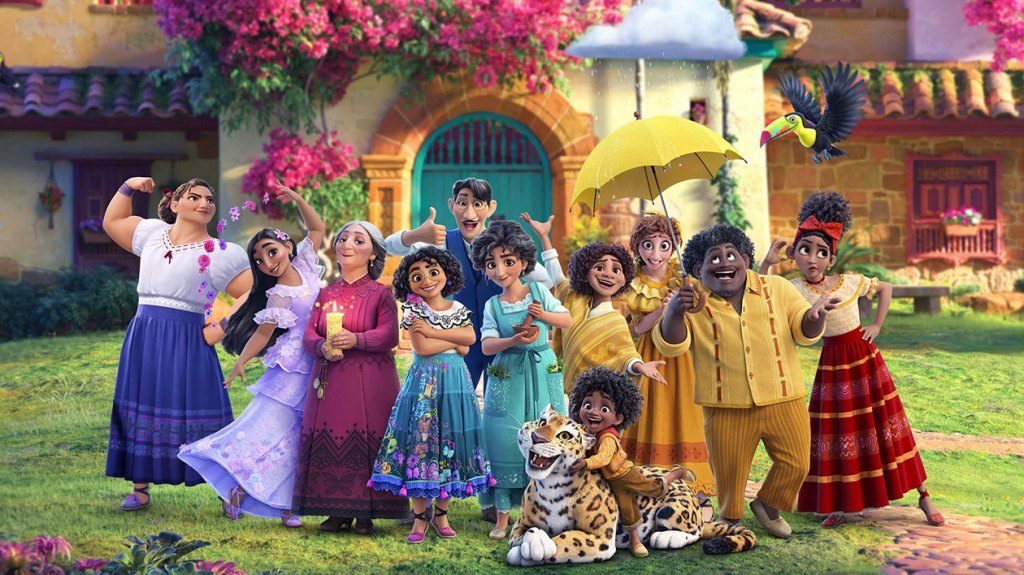 “Who knew ‘We Don’t Talk About Bruno’ was going to be a hit?” says songwriter Lin-Manuel Miranda. the Encanto The song quickly rose to No. 2 on the Billboard Hot 100, becoming the second highest-charting song from a Disney animated film (behind only No. 1 “A Whole New World”, by Aladdin, in 1993). “Well, he’s a certified bop. I’m amazed to be in such incredible company.

Miranda – who wrote the eight songs featured in Encanto and on his soundtrack – joins the Billboard Pop Shop podcast (listen to his full interview below) to talk, of course, about “Bruno” and to share his reaction to the Encanto soundtrack reaching No. 1 on the Billboard 200 chart.

Additionally, Miranda details how he worked with the Encanto animators and creators to help tell the film’s story through song and his songwriting process for the film. Plus, with the film’s “Dos Oruguitas” shortlisted for the Oscar for Best Original Song, Miranda explains why this song was the right song to submit to the Academy as the film’s performance – over all the other songs. that he wrote for Encanto.

Here are some highlights from Miranda’s interview with the Pop Shop Podcast:

‘Talking’ about a success: the Encanto the soundtrack returned to No. 1 on the Billboard 200 (dated January 29) for a second nonconsecutive week at the top. It first topped the list dated January 15, after the Disney+ movie premiered on December 24, 2021.

“I knew it would have a bump on Disney+,” Miranda says, “because I saw it happen with ‘Moana’. For example, ‘Moana’ has become a top babysitting tool for kids. people. ” [Laughs]

“But then I went on vacation – the first ones I’ve taken in a very, very, very long time, and when I came back the soundtrack was all over the place. It kind of started with lyrics from my friends of their kids singing the songs and then it started being like friends I hadn’t heard from since college sending me videos of their the children sing the songs. It’s just amazing.

‘What music can do’: How did Miranda participate in the story process of Encanto while the film was developing? “My job is to raise my hand and let this room of animators and incredibly creative people know what music can do,” he says. “Like, here’s what I think these songs can cover. I think this is where I can run the ball and get some real estate.

“Your job as a musical dramaturge in this room is kind of to say, here’s where I think music can uplift and help tell our story.”

“Dos Oruguitas” is “the heart of the film”: Was it difficult for Miranda to choose a song from her family to present as the song at the Academy? And why “Dos Oruguitas”?

“I try not to think of it as ‘what song could win?’ Because that part that you really can’t control… What you’re trying to do is kind of pick the song, or submit the song that you think best exemplifies the spirit of the movie,” he said. “And so with ‘Dos Oruguitas’, this song kind of covers the basic emotion and the moment when this family started. And, so, it made organic sense as a song to submit. It also makes my wife cry, and my wife is a harsh cry. It’s very difficult to make him feel things. (Laughs.) So, I was kind of like, ‘Well, that’s the song that, you know, feels like the heart of the movie.'”

“It was fascinating to see people’s reactions, because, you know, you look at people and they’re like, ‘Oh Abuela, why don’t you let anyone live?!’ And then you see what she went through, and it really forces you to reconsider. It’s the best example of what I think art can do, which is to engender empathy. And that’s when it happens. So it made organic sense to us.

the Billboard Pop Shop Podcast is your one stop shop for everything happening Billboardweekly charts. You can always count on lively discussion of the latest pop news, fun chart stats and stories, new music, and guest interviews with music stars and people from the pop world. Casual pop fans and chart junkies can hear BillboardAssociate Editor, Digital Katie Atkinson and Billboard Senior Charts Manager Keith Caulfield weekly on the podcast, which can be streamed on Billboard.com or uploaded to Apple Podcasts or your favorite podcast provider. (Click here to listen to the previous edition of the show on Billboard.com.)