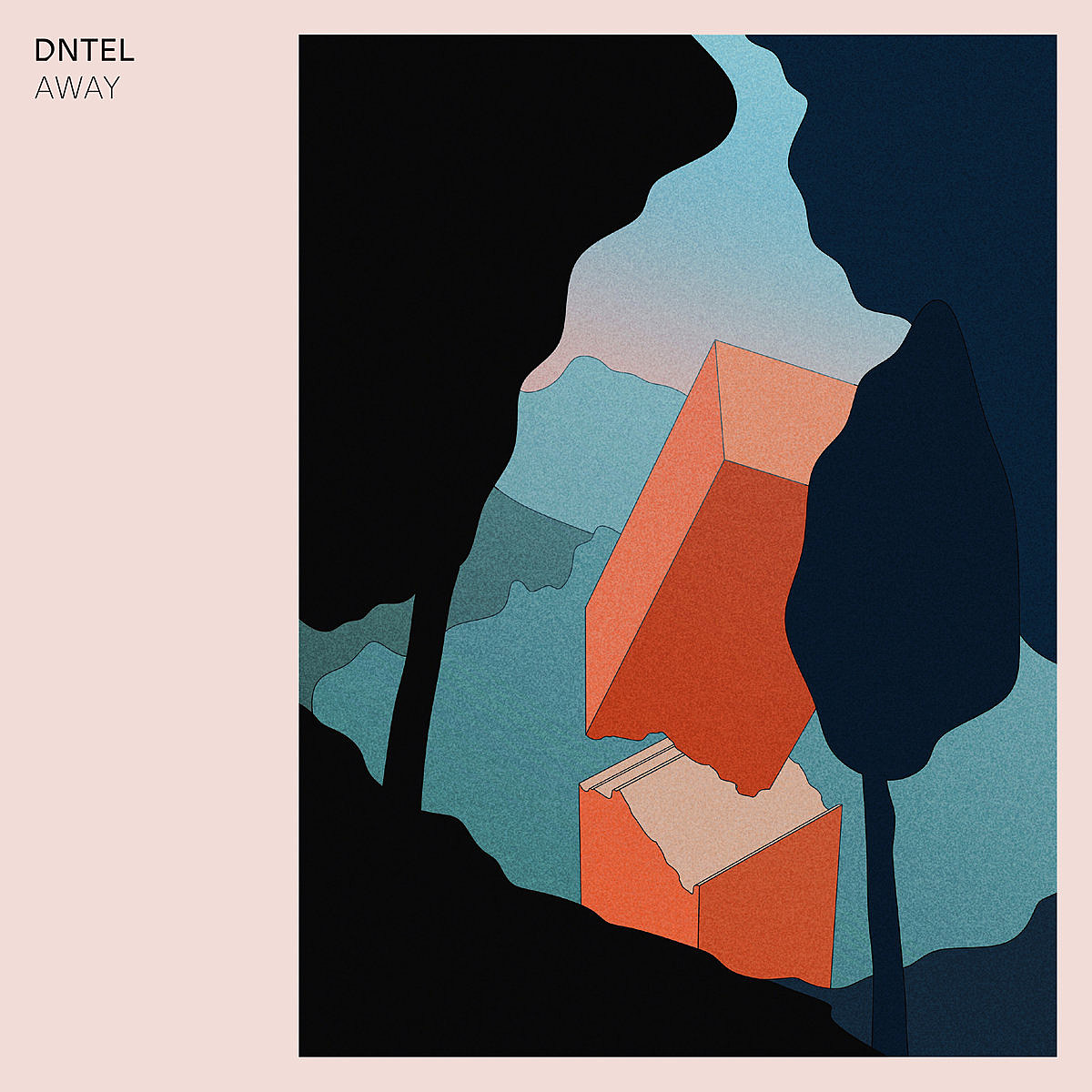 So many artists, so little time. Each weekÂ we review a handful of new albumsÂ (of all genres), round up even more new musicÂ that we’d call “indie,”Â and talk aboutÂ what metal is coming out. We postÂ music news, track premieres, and moreÂ all day. We update aÂ playlist weeklyÂ of some of our current favorite tracks. Here’s a daily roundup with a bunch of interesting, newly released songs in one place.

Avant-garde/hip hop/jazz/etc artist Moor Mother has shared a syrupy, psychedelic track off her anticipated ANTI- debut Black Encyclopedia of the Air, and this one features the great, rising underground Philly rapper lojii.

Brittany Howard’s Jaimie Reimagined comes out this Friday and features other artworks reworking songs from her album Jaime. Here’s the newest one, which finds Childish Gambino turning the bluesy, retro “Stay High” into something that sounds like modern hip hop/R&B.

Dntel (aka Jimmy Tamborello, aka one half of The Postal Service) will release a new album, Away, on September 3 via Morr Music. “I was thinking more of 80s indie pop or labels like 4AD [for this album,” Jimmy said. “It is a mix of those influences along with trying to figure out what elements of my own discography I still connect with.” You can definitely hear that coming through in the catchy, dream poppy lead single “Connect.”

Orange County’s Bite Me Bambi have put their ska-pop-punk twist on The Go-Go’s’ Beauty and the Beat classic “Our Lips are Sealed.” They make it sound like a Bite Me Bambi original, without losing the charm of the original, and it comes with a fun Chris Graue-directed video.

Montreal artist MUNYA – a.k.a Josie Boivin — is back with her first new music in two years, a charming slice of Franco-inflected synthy pop.

“One night the air went dead on 1010 WINS, the local AM news station in NYC I find myself listening to from time to time,” Steve Gunn says of the inspiration for this gentle, pretty new single. “Everything stopped for a moment, or at least the radio signal did. The long silence came as a surprise, a gift.” Steve’s new album, Other You, is out August 27 via Matador.

Superstate is a new graphic novel and accompanying original soundtrack, that’s out August 27 via Z2 Comics. The soundtrack features 15 new songs from Graham Coxon, with a graphic novel of 15 stories featuring the work of 15 artists, and writers Alex Paknadel and Helen Mullane, with album and book cover artwork by Coxon. Get a taste with “Yoga Town.”

Max Turnbull has made albums as Slim Twig, collaborated with U.S. Girls and leads Toronto’s Badge Ã‰poque Ensemble, but in addition to those things, he’s got a related but separate project, Badge Epoch, that’s set to release Scroll later this summer. The 90-minute double-disc odyssey is what Turnbull calls a “journal album,” “a cosmic hodge podge of funk, jazz, ambient techno, aggressive guitarmonized rawk, musique concrÃ¨te, and hip hop.â€

L.A.’s Sophia Knapp has collaborated with Swedish group Dungen on this lovely new song that was engineered, produced, and mixed by Fredrik Swahn (The Amazing) in Stockholm and features some terrific violin work from Gustav Ejstes.

DÄM-FunK will release new album Above the Fray on July 30 via the artist’s Glydezone Recordings. “In 2015 I did an album called Invite the Light.â€¦ I invited the light back then which brought me above the fray,” says DÄM-FunK. “I’ve been learning that I want to keep the narrative positive and uplifting, I want to humbly interject into the game cats like myself who on any given day can listen to ‘Black Superman’ by Above the Law and at the same time listen to Larry Heard, Prince, Happy the Man, Barry White, or Prefab Sprout.” Check out the album’s title track.

The Jones Sisters — aka Bobby Bare Jr., Brad Jones, Jim Becker, and Steven Conrad — were formed to write and record songs for Conrad’s Epix series Perpetual Grace, LTD and now they’re doing songs for Conrad’s new series, the very quirky (but awesome) looking Ultra City Smiths. They’ve just shared a couple songs from the soundtrack, including the theme song and the psych/powerpop number “Bound.” Ultra City Smiths debuts July 22 on AMC+ and you can read more about it here.

The latest single off Samia’s new EP Scout is the tender, atmospheric “As You Are.” “I’m used to being around lots of people all the time so a year of quarantine forced me to consider which moments were truly meaningful and with whom,” Samia says. “The chorus is a mantra and a response to the struggle to believe I’m worthy of love in a vacuum, that love can be pre-reflexive and worth our blind faith in it.”

Here’s Tropical Fuck Storm’s Erika Dunn on their new single: “Our love & death tragedy-ballad kicks off in the aftermath of Octavia Butler’s short story Amnesty where a translator for the human race infiltrates an alien community Cold War Romeo agent style. Sent to collect secrets and glean intelligence, against all odds, the undercover spy falls in love. As our human/alien inamorates connect in an intimate new language, they decide to make a run for it. We glimpse an oasis of hope in defiance of the violence and backstabbery of their masters. We imagine a tropical island of romance in an icy sea devoid of solar warmth. We look back on the spinning wheel of progress and feel that all the desperation, despair and heartache of the past could finally be worth it for this moment, a conquest of love! A clock striking for a new age! But, they get murdered. The end.” New album Deep States is out August 20 via Joyful Noise.

DAMON & NAOMI – “OCEANS IN BETWEEN”

Damon & Naomi will release their new album, A Sky Record, on August 6 which is a collaborations with guitarist Kurihara. “I wrote this lyric before the pandemic â€” just as we started writing new songs,” says Damon. “We were hoping at some point to work more closely with Kurihara again. But we had no idea if he would be able to, or when that might be. Embedded in the lyrics are some of our shared experiences over the last 20 years of playing music together: the monsoon rains during summer tours in Japan; seeing fireflies together in a field one night when we travelled north to a hot spring; and listening to the crickets together, very often, here in Cambridge, relaxing after a day of recording. And then in the fall of 2019, after almost a ten year gap, we were able to record together again. As we arrived at Peace Music in Tokyo to record Kuriharaâ€™s tracks for this album, this was the only lyric I had finished. And it was there, listening to him play so beautifully on this song, that I realized my wish in the lyric had come true.”

The latest single off Manchester-via-Italy musician and songwriter Julia Bardo’s debut LP, Bauhaus, L’Appartamento, is “No Feeling,” which she says, “is about doing things just because you exist, not because you want to actually do them. We’re trapped in a cycle of rules in society: you must have a job, go out, drink, talk to people, be sociable, believe in something, and do what other people do in order to survive in this world. Sometimes even the most mundane tasks seem too much to handle.”

THE UMBRELLAS – “NEAR YOU”

San Francisco indiepop band The Umbrellas are gearing up to release their debut album on Slumberland Records and this is the last single before the whole album drops. “Near You” comes with a very charming Super-8 video made by Elyse Shrock & Syam Zapalowski.

Italian artist Marta Del Grandi has signed to Fire Records and has released her first single for the label. “Taller Than His Shadow” is eerie and beautiful and just a little forboding. It was written for the movie â€˜Radical Landscapesâ€™ by Elettra Fiumi based on Fabrizio Fiumi from the 70s Radical Architecture collective, the 9999 Group. Fire says her debut album is “imminent.”

Australian punks Clowns have a double A-side single on the way via Fat Wreck Chords featuring “Does It Matter?” (which we named one of the best punk songs of May) and the just-released “Sarah.” It’s an anthemic, snotty punk ripper with some serious guitar heroism in the bridge.

Jamaican dancehall artist Skillibeng has been crossing over with mainstream hip hop a lot lately, and he teams up with UK rapper Dutchavelli for this ominous, aggressive new song.

Los Angeles-via-Chicago singer-songwriter and producer Gregory Uhlmann, who has performed with Perfume Genius and collaborated with Hand Habits, Tasha, and others, has shared a new solo track, “Goosebumps,” a folk song ornamented with chamber pop touches.

Asian Doll has assembled an all-star cast for a new remix of her 2020 single “Nunnadet Shit,” turning it into an awesome, hard af posse cut.

Singer-songwriter Ramona Gonzalez is releasing her first album as Nite Jewel in four years, No Sun, due out August 27 via Gloriette Records, and the latest single is “Before I Go,” which Ramona says she wrote on the floor of her apartment, right after her husband left her. “I really did mean before I goâ€¦forever, that I would die,” she says. “It was this feeling that tumbled into the container of song. The harmony and the melody became the safety net for the emotions that might kill me.”

Ã“LAFUR ARNALDS – “SAUDADE (WHEN WE ARE BORN)”

Icelandic composer Ã“lafur Arnalds’ new single “Saudade” is taken from the Vincent Moon-directed short film When We Are Born. “‘Saudade’ was almost included on some kind of peace but I couldn’t seem to find a place for it until Vincent Moon and I started writing the script for When We Are Born â€” then everything fell into place,” Ã“lafur says.

Illinois’ self-proclaimed cyberpop hypergrind band Thotcrime have a spit album with Headgore called At War With My Own Body on the way, and they’ve shared this song from it. It contrasts bone-crushing metalcore with lo-fi synthpop to great effect.

Low have shared an excellent new song off their anticipated 13th LP HEY WHAT (get it on limited clear vinyl), and you can read more about it here.

THE FURNITURE – “THE SLOTH”

The Furniture is the collaborative duo of Baltimore musicians Michael Kuhl and Matthew Pierce, and they’ve signed to Cigarettes After Sexâ€˜s Spanish Prayers label. This is their debut single.

The latest single from Wednesday’s new album Twin Plagues is a melancholy track with a little pedal steel twang.

Pokey LaFarge will be back with In The Blossom of Their Shade on September 10 via New West Records. The album was produced and arranged by Pokey and Chris Seefried, and recorded in Chicago and Los Angeles. We’ve got the premiere of the album’s new single, “Rotterdam” which is a mix of swing, country, Latin, and social commentary.

AMYGDALA – “A KIND OF DEATH IN LIFE”

Heavy/screamy bands Amygdala and Listless are releasing a split album in September via Get Better Records/Quiet Year Records/Lengua Enfurecida Discos, and you can read more about Amygdala’s just-released song from it here.

Thrice have announced their 11th album, Horizons / East, and released this new song from it. Read more about it here.

Japanese post-rock greats MONO have announced their 11th album, Pilgrimage of the Soul, and you can read more about the intense lead single “Riptide” here.

Homeboy Sandman is gearing up to release an EP entirely produced by fellow underground rap lifer Aesop Rock, and one of the songs also features Aesop Rock rapping. That one was just released and you can read more about it here.

NilÃ¼fer Yanya has announced a new remix EP, and the first taste is KeiyaA’s sputtering rework of “Day 7.5093.” Read more about it here.