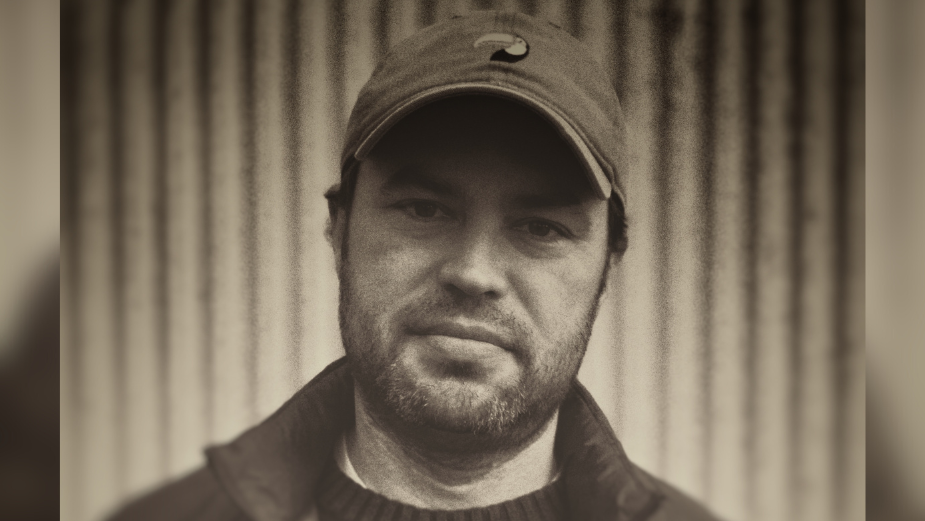 Matt Sherman: “Music opens the door to a world of creativity”

Without music, creativity would not be the same. Whether it’s the rhythm and cadence provided in the background, or the transcendent emotions that music can bring to the fore, much of our creative history is tied to music and its unique ability to communicate directly with our senses.

It is this link that this new series of interviews, supported by SoStereo and inspired by their What About the Music podcast, sets out to explore. Over the next few months, we’ll be talking to industry figures about how music has influenced their relationship with their craft, and getting their perspective on the process of associating melody with creativity.

Today we hear from Zambezi Group Creative Director Matt Sherman. Music has been a driving force throughout Matt’s career to date, whether it’s sparking the “explosions” in his mind that drew him to a career in creativity, or providing the soundtrack of commercials that remain in his memory. Here, Matt reflects on why “idiosyncratic” music choices can often have the most impact, and how TikTok is fundamentally changing the cultural impact of music…

LBB> Matt, let’s start at the beginning – what kind of kid were you growing up and what role did music play early in your creative life?

Matt > Well, I started thinking of myself as a “creative” back when I was in high school. I realized then that I was better at writing than anything else – and that’s when so many things started exploding in my brain, all of a sudden. I graduated from high school in 1996 when MTV was still a big deal. You had the breakthrough of alternative rock in music, and it was such a magical awakening moment for me. It was just like, “yeah, that’s for me”.

At the same time, Tarantino films are beginning to break into the mainstream of popular culture. How music is so crucial was fascinating to me. I read interviews, I subscribed to magazines, I tried to get all the information I could. I grew up in a very rural part of Florida, so it was incredibly exciting.

This is where my relationship with music got serious. I desperately wanted to get my hands on Jane’s Addiction and PJ Harvey. Soon after, we saw the rise of Spike Jonze and this acceptance that music videos could be incredible works of art on their own. So all of this is a bit of a long way of saying that, for me, music opened the doors to a world of creativity. I always will for that.

Above: Spike Jonze’s legendary music videos were one of Matt’s earliest creative influences.

LBB> It’s interesting how you talk about combining the music with the visuals, whether it’s Tarantino movies or Spike Jonze music videos. How important a tool do you think music is for a storyteller?

Matt> Oh, that’s huge. To continue with Tarantino’s example, what’s remarkable about his use of music is how unexpected his choices are. Inglorious Basterds has that unforgettable scene set to an effortlessly cool Bowie song that’s so idiosyncratic for a Nazi film — but totally elevates it. It gives me shivers. There are times like this in movies and in advertising where I wonder how they ever got the green light from a studio or a brand to use a piece of music, where it works out of sheer surprise.

Above: David Bowie’s “Cat People (Putting Out Fire)” is one of the many memorable moments from Tarantino’s “Inglorious Basterds.”

Of course, movie history is full of classic needle-drops that have become so iconic they almost sound like cultural punchlines – Top Gun Maverick is probably a prime recent example.

LBB> So how would you describe the relationship between music and what you do on a daily basis at Zambezi?

Matt > It has an obvious practical role, as we are always looking for the right piece of music to accompany our work. As a creative director, I’m usually looking to help shape the work of my colleagues, so I find music to be a really helpful tool in that process. But, more holistically, there are still times when I just have to sit down and write – and I will always listen to music while doing so. It helps me overcome this daunting task of staring at a blank page.

Often, it’s comfort, where I give myself a complete listening to a Slowdive album that I love. But, really, it’s a way of tricking me into being creative.

LBB> And does the type of music you listen to at any given moment have an impact on the type of creativity you produce?

Matt> 100%. Sometimes the brief can dictate what I want to listen to. There was one occasion when, tasked with coming up with something “epic,” I sat down and listened to Kanye’s Runaway on repeat for an hour to get into that headspace. There’s something inherently epic about the tone and rhythm of the song, it can’t help but transport you.

There was an occasion when, together with my creative partner, I was trying to come up with an idea for a Volkswagen advertisement. Sometimes the music comes much later in the process, but on this occasion there was a song that immediately turned out perfect.

The hook was that they were launching a convertible in February. So our idea was that you see a guy in a store with a ski goggle. Everyone assumes he’s about to rob the place, but in fact, he’s just walking around the shops. As he exits the store, his buddies are in the convertible and they are all wearing ski goggles as well. As we talked about the potential storyline, it became apparent that Trololo’s signature song was going to be a perfect fit. It was so over the top and weird, but it set the tone we were just looking for.

Above: Matt’s work with Volkswagen lent itself to a surprising song choice to convey his comedic tone.

LBB> It’s fantastic – are there any other examples of music in the commercials that have inspired you?

Matt > Well, that’s obvious, but given that we were talking about idiosyncratic song choices, I feel like I have to mention the Cadbury Gorilla. I mean, talking about a brand that trusts a song choice! It’s so weird, so weird, but so perfect at the same time.

Every detail of this commercial takes my breath away – right down to that feeling of raw passion with the drums. It’s not Neil Peart forensically mastering his drum kit, it’s pure, seamless synchronicity with the tone of the song and, I think, how we all feel when we hear it. Who can honestly say he didn’t play a drum on this song?

Above: Juan Cabral and Fallon London’s legendary ‘Gorilla’ ad for Cadbury’s is a fine example of a brand rewarded for its faith in idiosyncratic song choice, says Matt.

LBB> Is there anything that frustrates you about the way our industry treats music today?

Matt > Not really for me to criticize – I can’t read music, I don’t play an instrument and will often embarrass myself by using the wrong terminology when talking to someone about a music house. For me, it’s always been an organic process of finding people I can have a conversation with and exploring different musical options.

Something that I find quite difficult, however, is this sense of everything I need to keep track of. TikTok often changes the meaning of certain songs within a given cultural context, and you should be aware of how these things change the way songs are perceived.

But I don’t want to look too much like an old man shaking his fist at a cloud. When the Kate Bush stuff first broke out with Stranger Things, my first reaction was the excitement for the kids to experience her amazing music for the first time.

LBB> And, finally, what music are you listening to at the moment?

Matt > So fittingly given my last answer, I listened to Beabadoobee after spending enough time browsing TikTok. She is truly fantastic and exciting to listen to. I also think one of the most interesting artists today is The Weeknd. He’s a pop genius.

There are classics that I tend to come back to – I run the gamut from Beach House to Slowdive. I’m excited about older bands getting a second life and releasing new music. And, finally, the new Kendrick from earlier this year has been on my Spotify non-stop. If your playlists mix your comfortable tunes and stuff that challenges you, I think you’ll always be in a good place.