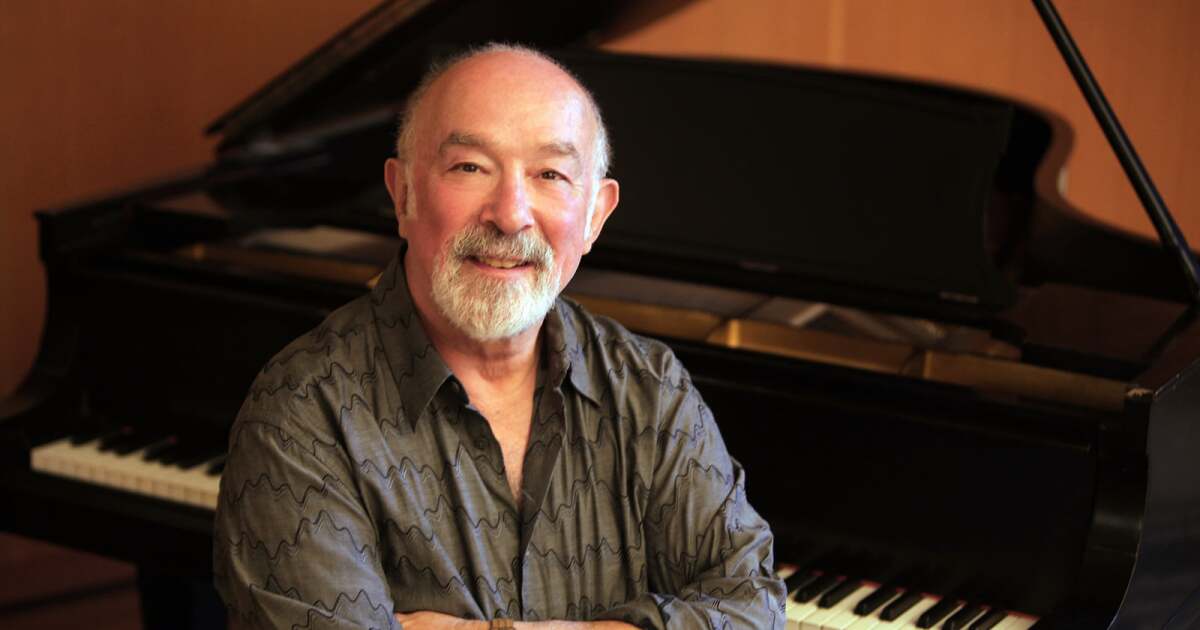 Mark Levine, who made his mark in the jazz world as a pianist, trombonist, composer, arranger and educator, died Jan. 27 at the Sunrise Assisted Living Facility in Oakland Hills, Calif. He was 83 years old.

The cause was complications from pneumonia, according to his life partner, writer and activist Norma Smith.

A sought-after accompanist for such luminaries as Houston Person, Stan Getz, Blue Mitchell, Joe Henderson and others in jazz – first as a valve trombonist and later as a pianist – Levine went on to stand out for his versatility and mastery of baseball inside Afro-Cuban and Brazilian music with artists like Cal Tjader, Luis Gasca, Willie Bobo, Pete Escovedo, Poncho Sánchez and Mongo Santamaría.

Drummer Ray Marabuto tells WBGO, “I first met Mark on the jazz scene in San Francisco in 1974. He was always interested in Latin music in one form or another. He would bring his own compositions and tell me what direction of key they were in to make sure they would be interpreted correctly.

But he’s a pedagogue that Levine has become legendary for, through a pair of pedagogical texts: The jazz piano bookfirst published in 1990, and the The Jazz Theory Book, published in 1995. Translated into many languages, they have become standard college-level texts for jazz education worldwide. “As a knowledge base for understanding jazz improvisation, Mark’s books are unrivaled,” says Peter Barshay, longtime bassist in Levine’s band, The Latin Tinge. “His understanding of the theoretical basis of jazz harmony was incredible.”

Tributes poured in on Levine’s Facebook page, including some from fellow artists like flautist Mark Weinstein and pianist Benny Green. Latin jazz pianist, educator and author Rebeca Mauleón remembers taking a lesson with him when she was 17, then reconnecting around her research to The Jazz Piano Book.

Mark Jay Levine was born on October 4, 1938 in Concord, New Hampshire. Her father, Hyman “Harry” Levine, was from Minsk, Belarus, and ran a women’s clothing store. His mother, the former Sarah Lubovitz, was a Russian-born housewife. He had an older brother of eight years, named Earl.

The piano was Levine’s primary instrument; he started taking lessons when he was 5 years old. During his college years, his family had moved to Daytona Beach, Florida. “He was hit pretty hard by the anti-Semitism he experienced there,” Smith says. “He worked as a lifeguard and golf caddy in those early years in Florida.”

His musical universe changed forever at the age of 12, when his brother offered him a jazz recording. He quickly fell in love with great jazz pianists – starting with Dave Brubeck, Bud Powell and Bill Evans. While attending Seabreeze High School in Daytona Beach, Levine also began playing the valve trombone.

“Mark’s dad wanted him to be in the hospitality industry, but he went to Boston College and majored in music,” Smith says. “He spent a lot of time hanging out at Berklee College of Music because there was nothing jazz going on at Boston College. But while he was there, he focused his studies on arranging and eventually graduated in music.

A subsequent move to New York in 1960 saw him study with arranger Hal Overton, pianist Jaki Byard and trombonist Herb Pomeroy. His first recording date, in ’66, was as a trombonist on the Houston Person album. underground soul. Levine pairs with the tenor saxophonist on the album, while also contributing an original, “Tears.”

As a pianist, Levine was making inroads into New York’s Latin jazz scene – such as during a 1969 date for Santamaría, which first saw the light of day in 2000. It was on this album that Levine contributed the first iteration of her most famous composition, “Linda Chicana.” Originally titled “Sheila”, it features Hubert Laws on flute, with Mark on piano in the Cuban guajira style, but in a modern approach.

The now classic release of trumpeter Luis Gasca in 1969 The little giant finds Mark sharing piano duties with Herbie Hancock, alongside Santamaría’s congas and Joe Henderson’s tenor saxophone. On “Motherless Child,” Levine is featured in the intro, and her songwriting is showcased in a rhythmic, modern jazz mambo setting influenced by one of her new heroes, McCoy Tyner.

A brief move to Los Angeles and then San Francisco in 1974 sharpened Levine’s focus as a valve trombonist. “Mark was a fantastic trombonist”, confirms Ron Marabuto. “This instrument was really his voice; he was really happy when he played it. Jazz was going through evolutionary changes at this time, especially with players like Woody Shaw and Freddie Hubbard. Mark was doing what these guys were doing, but with a trombone. I had never heard anyone play the instrument with this approach before.

Evidence of this can be found throughout Levine’s 1984 album Notions, especially on his original track “Keeper of The Flame”. With a slight nod to Bud Powell’s “Un Poco Loco”, he shines on the instrument alongside Chuck Clark on tenor sax and Erik Von Buchau on drums.

This would prove to be not only his high water mark as a valve trombonist, but also his swansong – due to a condition that was eventually diagnosed as tension myositis syndrome, or TMS. “A week after that album came out,” Levine recalls, “I put the trombone in the closet and never looked back. Since then, I’ve been just a pianist.

The Bay Area’s vibrant Latin jazz scene—led by percussionists John Santos, Pete Escovedo, and Michael Spiro, among others—produced bands like avant-garde Latin rock fusion band Azteca and guitarist Carlos Santana. As a pianist on this stage, Levine became a powerful force in pushing the genre forward, while delving deep into the roots of the music. It all came to fruition with the formation of his own piano-led ensemble, The Latin Tinge.

Inspired by Jelly Roll Morton’s quip to Alan Lomax on “the Spanish tinge” in jazz – and also by a 1979 tome by John Storm Roberts, The Latin Tinge: The Impact of Latin American Music on the United States – Levine’s band produced a series of impeccably recorded albums featuring Afro-Cuban and Brazilian beats in a small group setting. Tight arrangements, faithful to the authenticity of the clavé in the interpretation and its unique harmonic approach have given works worthy of study for their harmonic and rhythmic sophistication.

The title song of Islethe quintet’s Grammy-nominated release in 2002, is a perfect example of this approach – morphing seamlessly from the rhythm of northeast Brazil known as bayao in Puerto Rican sica bomb in Cuba guaguanco, all framed by its advanced harmonic approach.

Besides his superb playing as a sideman and leader, Mark’s impact as an educator has proven to be his most lasting influence. His books have become legendary, but his direct contact with his students has borne ever-increasing fruit.

In 1970, he began teaching seriously both privately and at various institutions like Mills College, Antioch University, and the San Francisco Conservatory of Music, among others. He also maintained a long-standing association with the California Jazz Conservatory and curated the Bay Area Jazz Archives (BAJA), a collection of recordings by San Francisco Bay Area jazz artists from 1970 to 2000. “Some music is quite extraordinary, and really should be heard,” he said at the initiative’s launch. “So we hope to get exposure for the music, the artists and the label.”

On a personal note, I admired Mark supremely. When it came time to fight the Grammys for taking away the Latin Jazz category about 11 years ago, he stood by me, Dr. Ben Lapidus and Dr. Eugene Marlow when we collectively sued the Grammys for the injustice they have committed. This lawsuit was the turning point in the restoration of the category. In addition to respecting him and never forgetting him for his supreme musicality, I will always love him for this act of solidarity and bravery.

“It was an example of Mark’s politics,” Smith said. “He was liberal but intuitively radical. Mark was also very humble. He was aware of the vast knowledge he possessed. But he never let it go to his head. It was that humility and sense of humor he possessed that I admired. He really wanted to be human.

She says he last performed on December 26, improvising a theme on an upright piano. When he finished this made-up piece, he turned to her and said, with a wry smile, “That’s it.”

With special thanks to all interviewees and to Arturo Gomez of KUVO.

DJ Ashba – No intention of doing anything else with Sixx : AM