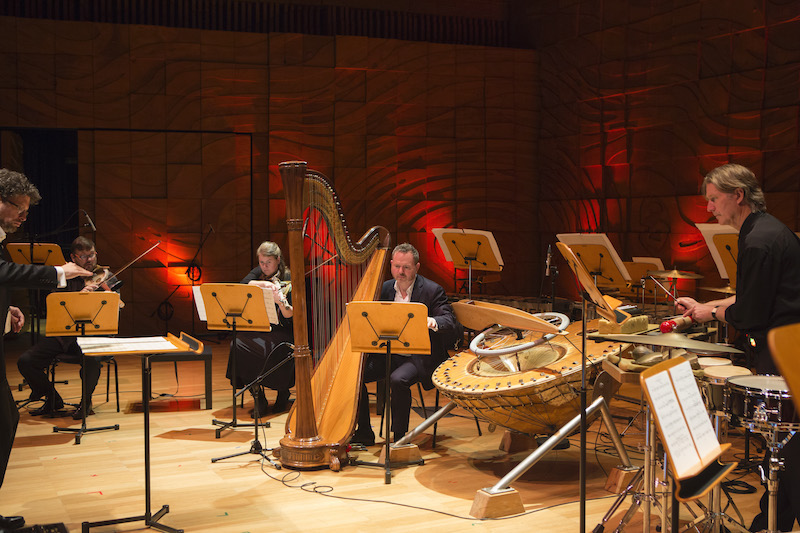 Over the past 30 years, ELISION Ensemble members have forged intimate musical relationships with composers as well as with their fellow performers, and in order to stay connected in our currently very disconnected world, some of these collaborations have been brought to life. place on YouTube as part of their Performance series.

So far there are eight videos, filmed by Agatha Yim with sound from Alistair McLean, recorded at the Primrose Potter Salon at the Melbourne Recital Center. It shows five of ELISION’s regular members beautifully captured in close-up as they play both conventional instruments and their famous unusual instruments, including a Heath Robinson-style double-bell trombone and an eclectic array of percussion.

The films are just under two minutes to 18 minutes long and there are five featured composers – Australian Liza Lim, Americans Aaron Cassidy and Evan Johnson, Englishman John Aulich and Welshman Richard Barrett, some of whom works are performed by percussionist Peter. Neville in the first movie.

The first book Delta features a row of hanging bamboo rods that are put together like a human-operated wind chime, while the individual bamboos are vibrated and precisely manipulated. For the second piece, Neville switches to a vibraphone with an array of add-ons, including prayer cymbals, a steel drum, and a pedal gong. A table top of carefully arranged overturned boxes, ceramic dishes, bottles and wooden blocks, struck with chopsticks, is a feature of the final work.

In the second film, trumpeter Tristram Williams and Neville perform Liza Lim Ehwaz (Voyage) written in 2010. Lim is one of Australia’s foremost contemporary composers, having written four operas and working as the Sydney Symphony Orchestra’s composer-in-residence in 2005-2006. His works are inspired by several different cultures – in this case an ancient Germanic rune.

Virtuoso trumpet effects include the use of a CD as a mini mute as well as a conventional mute. The mouth, the tongue effects and the trills, with wild and fast strokes across the entire range of the instrument, make it a truly virtuoso piece, brilliantly performed by Williams. Neville’s use of vibraphone, bottles, gongs struck in water and steel tubes creates a fascinating combination of sounds and effects between the two performers.

ELISION Artistic Director Daryl Buckley performs Cassidy’s 2015 play The wreckage of the old borders on lap steel guitar in the third of the series. If you thought Jimi Hendrix Star Spangled Banner the performance at Woodstock was powerful and dramatic, just listen to the first two minutes of this piece. Buckley slides down the shaft and directs a vast array of foot-operated effects pedals as the work transforms into a white knuckle F1 ride. 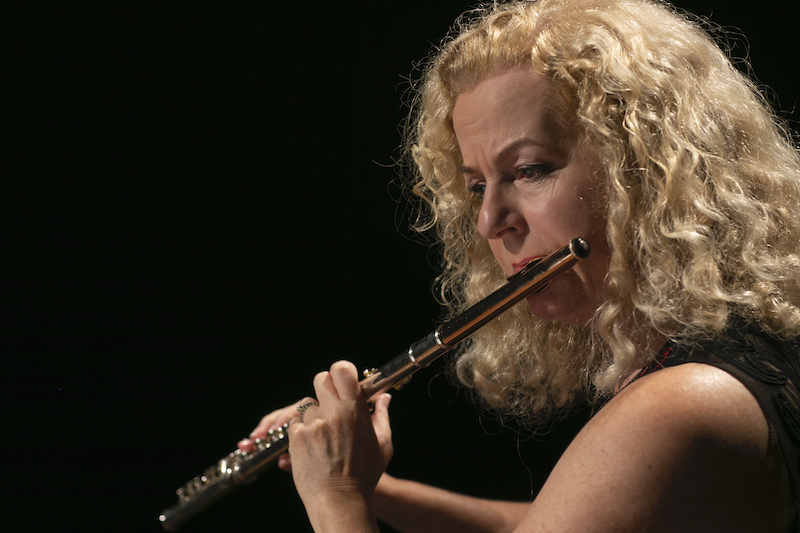 Flutist Paula Rae has performed Lim’s works in Melbourne for several years and the fourth film features a play from 2019, Bioluminescence, composed for her. Rae’s superb use of fluttering tongue, overtones, slides, and airy trills help create that sense of glowing light that the title suggests.

Trombonist Ben Marks plays a rare double-bell instrument in Lim’s remarkable work of 2014 The green lion eats the sun, originally composed for a double bell euphonium. Marks made a prototype of a double trombone and made one and it’s a real puzzle. One bell is cut, the other open, and the two appear to be having a question-and-answer session at times with Marks’ use of his voice to establish a three-way conversation.

Neville is back for the short sixth video, Johnson’s nod and you’ll miss it Hyphen, a tinkling solo in which miniature cymbals are struck with fingers or knuckles and brushed in addition to being struck with sticks.

Marks appears in film number seven for two important Cassidy trombone solos, this time with a conventional instrument. The first, from 2008, is First study for the figures at the base of the crucifixion, which features a series of long pauses between anxious passages with heavy use of vibrato. As a complete contrast, this is followed by the sad Songs as sad as their listener, from 2006, in which the mute makes the single, flickering note sound like the foghorn of a ship on a misty harbor. This composition of more than ten minutes is wholesale (or small!) Minimalism. Marks has a strong affinity with Cassidy’s works, having created some of them, and demonstrated wonderful control in both pieces. 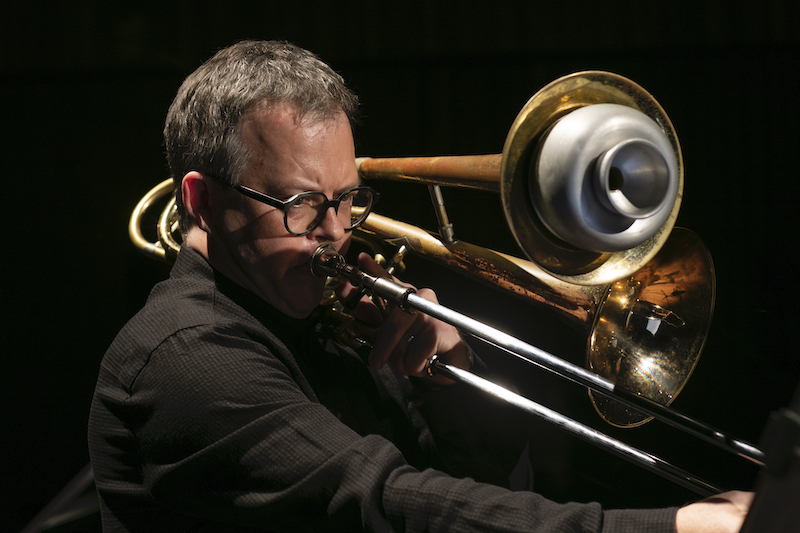 For the last video in the series so far, Marks and Neville perform a fascinating new work written for them by Aulich, Green or beautiful in green, inspired by verdigris-covered statues of the ancient Egyptian Apis bull.

The artwork depicts the capture and imprisonment of the bull before it dies and becomes Osiris, dematerializing as it travels to the next world across the sky. A glass harmonica creates an eerie heavenly background as a cello bow strummed on styrofoam blocks increases Marks’ panting roars as the animal dies with its horns scraping the prison walls.

It fades to near silence, Marks sighing through the mouthpiece and Neville, barely audible, twisting and twisting a bunch of thick string. Powerful and moving, it makes a cut close to the series to this day.

Apple CarPlay: do you need it?