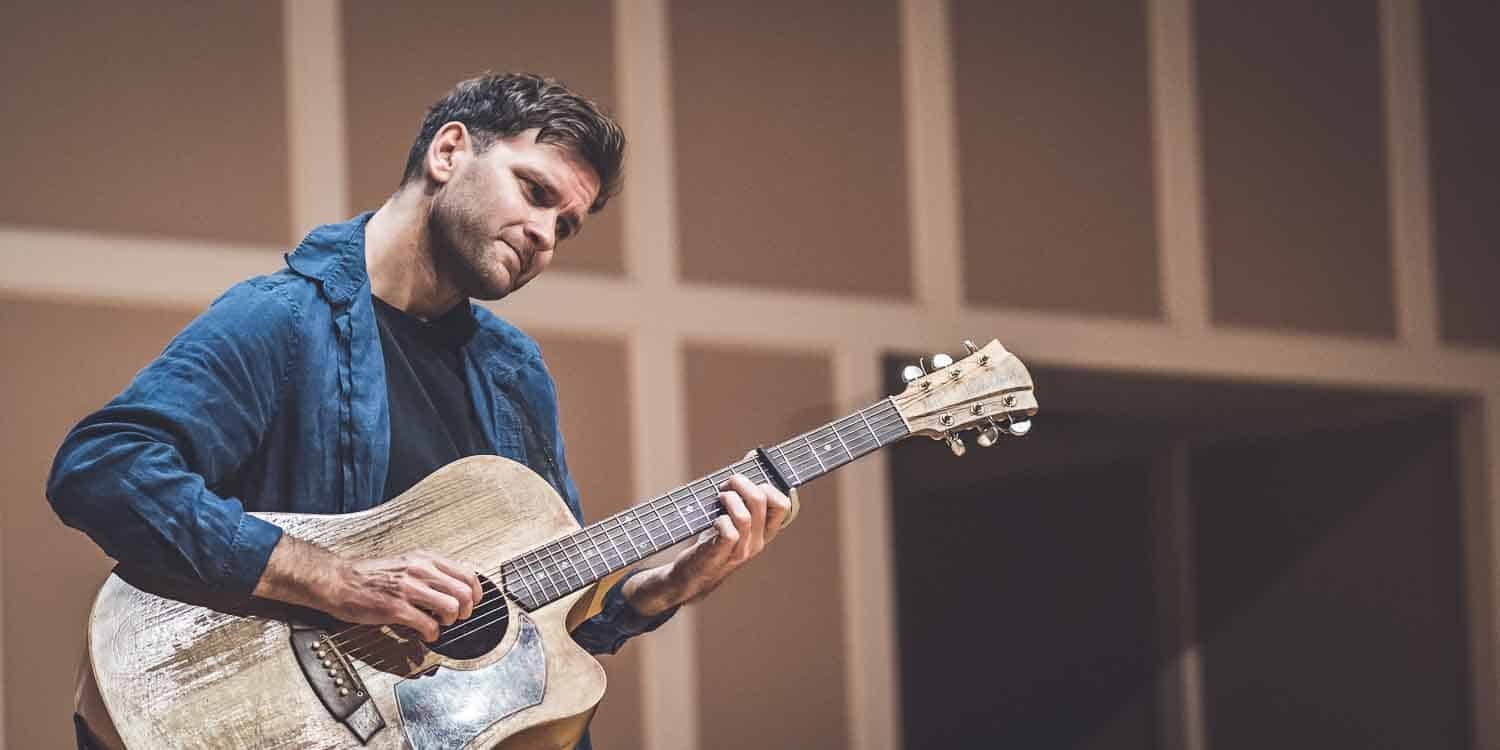 Before diving into the experience of a Daniel Champagne show, it is important to educate yourself about the parts of an acoustic guitar. This is our map for the review, something to come back to while reading the article. You will read, a bit like the bison with the Amerindians, nothing is lost. Daniel uses the whole instrument in his music. No thumbs are scratched, knocked or tapped.

Australian-born musical prodigy Daniel Champagne has been touring music since he was 18 years old. His bluesy-folk roots style has captivated audiences not only because of his impeccable ability to extract so much sound from his Cole Clark guitar, but also the wash of the bittersweet lyrics and sweet tender vocals that blend with the guitar. .

What better setting to experience sound than at Hamline University’s Sundin Hall. Acoustically designed with a wide open stage, a long microphone sat in front. Daniel’s presence immediately filled the scene beginning with “That’s why I always chase the sky”. Beginning the journey with a wanderlust and spectacle, Daniel runs through the song body thumping, cutting and strumming his pick on the bottom of the guitar. This rhythmic whirlwind intensifies at the end, culminating in a simple pull of the string from A to the headstock, then a stroke to chime the end.

When chatting with Daniel before the show, he doesn’t hesitate to state that he’s been through a lot of guitars. The art of using the whole instrument, wearing down the wood, tapping the cutaway and constantly retuning after each song has consequences. You can see the grooves of his right angle pick as he strums the guitar for different sounds and percussion. His music literally gnaws at his instrument.

“Supernova” begins with both hands on the fretboard, introducing the riff. This consists of tapping on the body, the top, then the soundboard. The song mystically combines the motif with its lyrics, emerging in a true supernova feeling. Looking at his hands, feeling each of the breaks and hearing the dissonances of the guitar in this space is impossible to describe.

Daniel pauses to tell a story about meeting a couple at an airport and quickly becomes friends with them. This led to him playing at their wedding and writing a song for them. “Return to Nova Scotia” is a prime example of this heartfelt bittersweet story of collapse and coming back to life.

He continues with an instrumental whirling dervish written for his former guitar teacher. And yet, we see another talent in his playing. As he taps a beat, he changes the capo back and forth during the song. Skillfully timed, it’s breathtaking to witness and hear the alternating gear shift. Daniel engages his whole body in the song as he moves dynamically to his feet, stepping back and striding forward.

It tunes between songs, plucking and strumming to lock in the pitch. Tuning in and playing a riff everyone knows, he dives into Nirvana’s “Come as You Are.” It’s a haunting rendition that really brings out the grief over Kurt’s tragic death at the age of 27. Daniels’ version is one I won’t soon forget.

Ending the set with a blitz of sounds and kicks, his intricate guitar mastery concludes in epic fashion. Holding it above his head, then slowly bringing it back onto the stage, laying it on its side, it plays two notes that resonate throughout the space. The place remains silent as these notes slowly fade away. Daniel stays still until the very last ounce of sound is gone.

Simply put, you can’t fully enjoy the music without the visuals. I have never witnessed this level of craftsmanship and indulgence in an instrument. There’s a reason we should discover new music, explore traveling artists, and be open-minded to push back what we’re used to. Daniel’s buffalo guitar left everyone a little more satiated last night.

With 44 shows across North America, check out their touring schedule for the chance to catch this feast.

Opinion: Ricky Martin’s long career is a lesson in survival