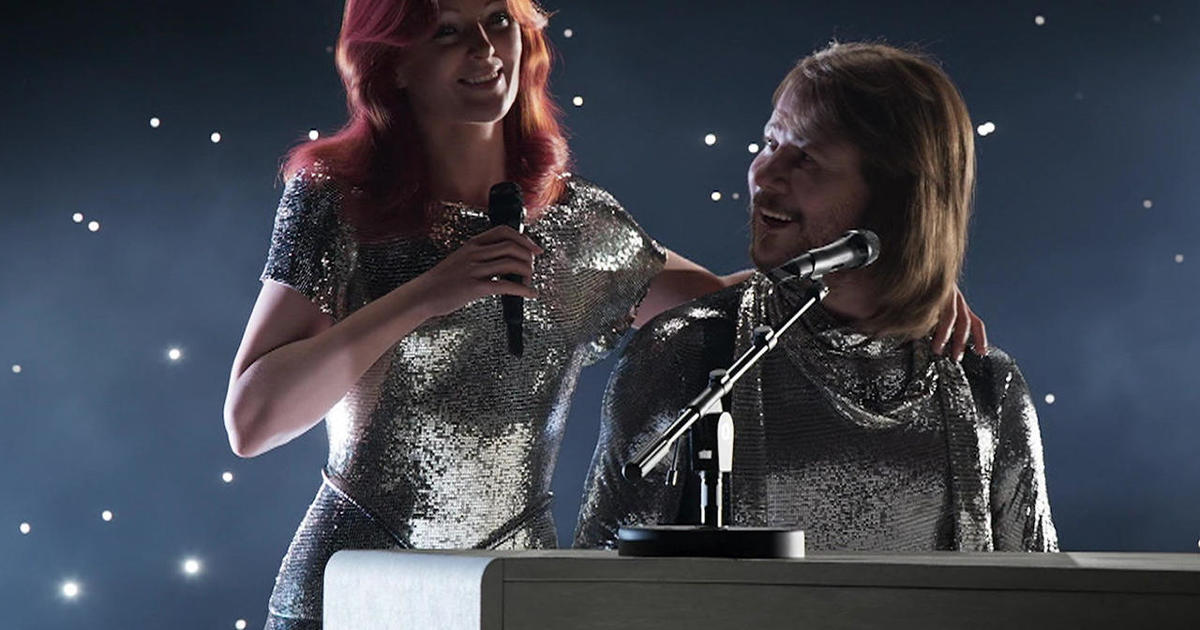 ABBA’s return: The start of a new “Voyage”

Benny Andersson and Björn Ulvaeus say they never thought they would be back to produce and release a new album. “It’s strange to talk about ABBA in the present tense,” Ulvaeus said.

And this comes from two of the founding members of ABBA. Their faces may not be immediately recognizable four decades later, but their music certainly is. The Swedish group has sold nearly 400 million records, containing some of the greatest hits of all time, such as “Dancing Queen”:

Andersson composes the melodies; Ulvaeus writes the lyrics. Again, note the present, as ABBA has a new album, “Voyage”, coming out this week.

Correspondent Seth Doane asked, “What are the ingredients of a good pop song?

“I think a pop song should have something that you don’t expect it to have,” Andersson replied. “You recognize it when you hear it.”

“Voyage” is ABBA’s first record since the band took a “break” in 1982. “The years that followed it was very quiet,” said Ulvaeus. “I thought that was the end. Honestly, I did.”

But those pop stars who defined the 70s (and who are now in their seventies) reunited to record at a studio in Stockholm, where Andersson and Ulvaeus met “CBS Sunday Morning”.

“With the ladies we didn’t really know what to expect,” said Andersson. “Because I mean they’re not 30 anymore, they’re over 70. They come in and they started singing, it was like snap! On the spot.”

One of the new songs seems to have been taken from the archives, but it’s about today – “I Still Have Faith in You”:

Do I have it in me?
I think it’s in
Cause I know I hear a bittersweet song
In the memories we share

Doane asked, “You write, ‘Memories that we share’…“ We need each other ”…“ I think it’s still there. Is this some kind of theme song to get back together? “

“Yes it is,” Ulvaeus said. “It’s about us. It’s about where we are at this point in life.”

It wasn’t just the music that originally brought these four together. “It all started with us two couples going on vacation and singing together, but without having the idea of ​​forming a band!” Ulvaeus said.

They took the first letters of their first names – Agnetha Fältskog, Benny Andersson, Björn Ulvaeus and Anni-Frid Lyngstad – and called each other by this now famous acronym. But Sweden wasn’t exactly a springboard for the music industry.

Ulvaeus said: “It is difficult for anyone from America or England to understand that getting out of Sweden at that time was absolutely impossible.”

But then these “guys from Sweden” entered the 1974 Eurovision Song Contest in hopes of breaking through with this: “Waterloo”.

“Waterloo”, and the successes that followed, put the Swedish group on the world stage. CBS News interviewed them just before their U.S. tour in 1979.

Journalist Doug Tunnell asked, “What do you expect when you are on stage performing in front of an American audience for the first time?

“I have no idea,” Lyngstad said.

“I think it will be a little different,” said Fältskog.

Ulvaeus said: “It’s a little scary… If we can create that atmosphere and get it through, then that will be good, I think.”

The fans loved it. Reviews? Less then. Rolling Stone once dismissed them as “Muzak” with “tasteless lyrics”.

Ulvaeus told Doane, “I mean, they were tough, these critics.”

“And we had the wrong clothes,” Andersson added.

“And the bad image overall.”

“But I have to say I didn’t care a lot. I don’t think any of us did, because we had a huge following who loved our records.”

The two couples were married, but both divorced while the group was still together.

Doane asked, “Was it difficult? “

“Not professionally,” Andersson said. “Not in the studio, not when we were working.”

“It’s the worldwide broadcast exclusive, sitting with you – but you were both B’s in ABBA. Would you like both As’s here as well? “

Andersson said: “It would have been wonderful, yes. But it was in the deal.”

They said “yes” to a tour, but one with a twist. This idea is to recreate ABBA in the form of digital avatars that will perform with a live band in a specially built arena in London.

“There’s something compelling about that,” Ulvaeus said, “being able to reproduce, you know, in zeros and ones, on giant screens with 3,000 people in the audience. It’s going to be something. spectacular thing. ”

During a five-week recording session with 160 cameras, the four ABBA members had to wear special suits with digital cameras to capture every movement. Their performances today will be mounted with their faces from yesterday.

Andersson said: “It’s never been done before. That’s the intriguing part of it. That’s what’s tempting.”

“There is a lot at stake,” Doane said. “Lots of money, reputation.”

“But it’s only money,” Andersson said.

And the avatars are certainly a lot more high-tech than the wax versions of the ABBA Ulvaeus Museum, which showcases the group’s colorful history, including their attire. Ulvaeus noted: “The costume designers came up with ideas, and then I would adjust them to my liking.”

“You would say, ‘A few more or more feathers here’? Doane asked.

Far from the pomp, Ulvaeus often writes on his private island outside of Stockholm. “A pretty cool place to write a song,” Doane said.

“It is indeed. I find it so calming and inspiring.”

Its process begins with the music Andersson composed. “Take a song like ‘Take a Chance on Me.’ I was running and I had the sound of the words, not the words themselves – chukk-a-CHUKK-chukk-a-CHUKK. ”

“I guess it was a worthwhile race that day,” Doane said.

Doane asked Andersson, “How does music come to you?

“I play garbage for hours and hours, and all of a sudden I hear myself playing something that I’ve never heard before and that I love,” he replied.

Andersson demonstrated this by tickling the ivories. “Isn’t that a song?” Doane asked.

“It’s not, it’s just something that I’ve been playing now.”

“What did you just make up now?”

“So many of your songs that you recognize in the opening bars. ”

“Mamma Mia”, a huge success in film and on stage, introduced ABBA to a new generation.

Ulvaeus said: “It was an experience, you know, letting the words and the spoken dialogue come together and tell the story. No one had done that before.”

“It’s an experience that has certainly worked out well financially,” Doane said.

“And artistically, I would say,” Andersson replied.

Artistically, they have proven their endurance and are experimenting again.

Andersson reflected, “There have been more ABBAs in the world in the last 20 years than the first 20 years. It’s kinda weird! And I’m happy and grateful.”

For the latest news and analysis, download the free CBS News app