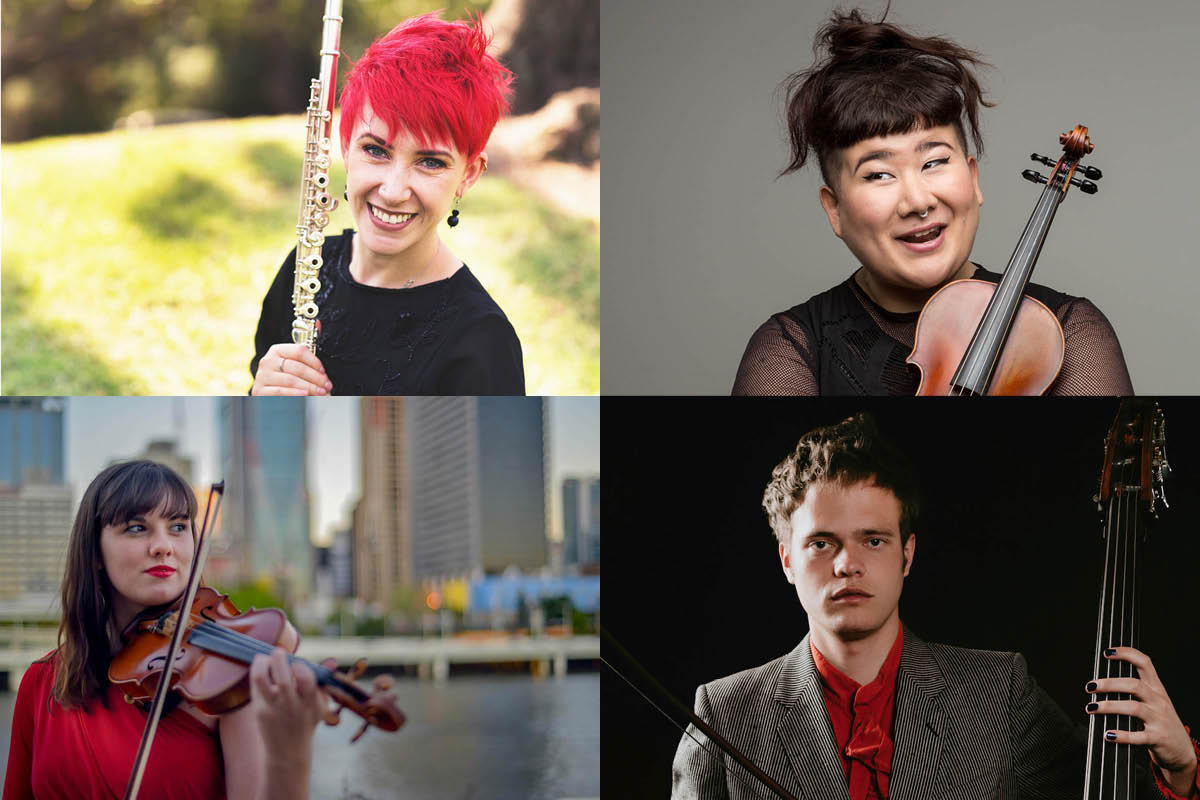 The four finalists for this year’s Freedman Classical Fellowship have been announced. Awarded by the Freedman Foundation, the scholarship aims to reward and support musicians under the age of 30 who engage in composition and musical performance in innovative and creative ways.

The finalists are violist Molly Collier-O’Boyle (27), violinist Kyla Matsuura-Miller (28) and flautist Eliza Shephard (28), all graduates from ANAM Victoria; and double bass player Will Hansen (24) from New South Wales, a graduate of the Sydney Conservatorium of Music. They were selected from a pool of 16 applicants who all submitted performance recordings and proposals for new commissioned works. The recipient of the scholarship will receive financial support to carry out his project.

The finalists were judged by a panel of three judges: ABC broadcaster Penny Lomax, pianist and Classical FM presenter Tamara-Anna Cislowska and violinist VÃ©ronique Serret, who will all judge the final concert in November.

â€œWe all agreed that it is inspiring to see such creative and ambitious projects,â€ said Lomax, â€œespecially since they were derived during the enormous difficulties posed by the COVD-19 pandemic. The ingenuity and originality of the participants did not seem to tarnish. With this generation, Australia’s musical future is in good hands!

Molly Collier-O’Boyle is currently the acting principal viola of the Melbourne Symphony Orchestra, as well as the violist of the Rathdowne Quartet. His project Short-lived is an organized concept album, comprising ten new works. The album will be launched with an immersive concert combining projected images with works from the Old Richmond Power Station.

Will Hansen has performed with the Apex Ensemble, the Australian String Quartet and the Offspring Ensemble, including the Offspring Ensemble Musical microparks as part of this year’s Sydney Festival. His plan is to commission five new works for solo double bass composed by local artists. This will form a concert program to go through with a series of masterclasses, as well as to be recorded for the release of an album.

Kyla Matsuura-Miller is a Melbourne-raised, Tokyo-based violinist who has performed with Inventi Ensemble, Trio Clara, and Duo Pagio. In 2017, she was selected as an emerging artist with the Australian Chamber Orchestra. His project will include three commissioned pieces for solo violin, with optional electronics, which will be presented in a concert broadcast live on YouTube co-presented by Play On.

Eliza Shephard is a Melbourne-based flautist who was shortlisted as a semi-finalist for the ABC Young Performers Award 2021. She has toured nationally with Opera Australia’s regional touring program. Her proposed project will see five newly commissioned flute duets, paying homage to the connections and training she received from her teachers. The pieces will be performed and recorded in a book and a YouTube video.

â€œOnce again, Freedman’s finalists are looking more to the future of classical music than to its past,â€ said Dr Richard Letts of the Music Trust, which manages the Freedman Classical Fellowship. â€œThis is not a requirement for this award, although we generally encourage applicants to be imaginative. But there are less risky paths for the imagination than commissioning new works for your live instrument and electronics, for example. It’s not something you hear a lot at Hamer Hall or the Sydney Opera House.

The $ 21,000 prize will be awarded at a concert at the Sydney Opera House on November 19, but that depends on interstate travel restrictions.

More information on the finalists and the scholarship can be found here.